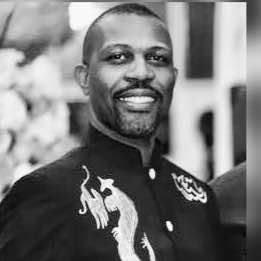 Prince Tonye Princewill is versatile. He could be addressed as a businessman, politician or an entertainer. Aside his political prowess, as the candidate of the defunct Action Congress (AC) in the 2007 governorship contest in Rivers State, his film ‘76’ was much loved in Nollywood and garnered many awards. In this interview with Effects, he talks about what he has up his sleeves, his lifestyle and politics.

You hit the limelight early 2006; during the build up to the 2007 general elections. What were you doing before then?

I’m a petroleum engineering graduate of the University of Port Harcourt who went on to become an Imperial College graduate of mineral resources engineering. I then went on to obtain first class qualifications in Project Management and Information technology. I was in the UK when my father was made King and it was to be by his side that I started to return more frequently to help him build his Kingdom. I used to think then that politicians were broke and honest as they are over in the UK. Until I came up close and personal with the Nigerian politicians; during the infamous Buguma crisis in 2003. To cut a long story short, I quickly realized that politics was too important to be left to politicians and decided that the survival of the Kingdom rested on the survival of our politics. Governors called the shots. So I decided to run for governor.

What would you say are the key values that brought you to where you are today?

For me it’s the value that money is not everything. I see politicians get away with anything because they have the ability to change lives with a single signature or even a phone call. It’s no wonder that our values as a society have been steadily eroding. The tail is wagging the dog. Not the other way round. I’ve been opposed to power for as long as I can remember. And I’m glad that as long as I can remember power has not really been for the people. That means I’ve been doing something right. Be it business or politics, have the people at heart and do not let politicians who care less about the people, be your source of strength. It’s important to add that as you oppose the political class, you offend their people. The same people you are fighting for. That’s why like a lighthouse you must remain steadfast. They move. Not you. This will require thick skin. “Forgive them father for they know not what they are doing” is a phrase that comes to mind. It’s my consolation. My father says it doesn’t matter what they say about you as long as it is not true.

You are a prince in Rivers State, any memorable moments while growing up?

Just a sense of duty and a love for culture and tradition. My people existed before Nigeria. We had treaties with the British because they couldn’t defeat us. Life in my peaceful Kingdom rivals anywhere in the world and I’ve seen the world. If I ever get the chance to lead, I will show people what we have. Walking through my history and tracing my roots down to the 10th and 11th descendants gave me a sense that my time here is a gift passed down to me by great men and women who came before me. It is not my portion to drop the ball in my moment. I will improve what was given to me and pass it on intact. I always knew I was a Prince but where I am from, it’s more duty than fanfare. That helps to keep you grounded. The question remains: “What have you done for your people?” In my case my people stretch beyond just the Kalabari Kingdom to the whole of the Niger Delta and beyond. My constituencies are especially the youths. I have tried. Thank God I have done all I have without a political appointment.

What made you decide to go into movie/entertainment?

I want to see our youths engaged and my entry, as with many people, started with me trying to support young enterprising individuals in film, music and the arts. I did it informally at first, then on realizing the potential, I decided to become a lot more structured. Now it’s another arm of my business interests and the potential for growth in the sector is mind blowing. From artistes to actors to a variety of creatives, I mentor and produce content that adds value as well as entertains. That way I end up supporting youths in a manner that is sustainable. By promoting trade, not aid.

What do you have coming up?

Two things, only one of which I can discuss a bit more freely. The other is a work in progress that will shake the very foundations of the entertainment industry so it’s silence for now. That is the link between my politics and my film that some people don’t get. The need to lift up the better side of Nigeria. Entertainment is one of our biggest supporters and exporters of the brand called Nigeria. Only politicians with no vision mess with it. The Obi of Onitsha once told me that you support that which can walk, to help it run. Let those who are crawling, learn how to walk first. We will get to them. The entertainment industry has learnt to walk well. They deserve structured support to help them run first, then fly. I am committed to that.

Any memorable moments during the making of your movie, 76?

Many. But the one that stands out to me was flying in to Lagos, driving to Ibadan where the crews were on set at Mokola Barracks and surprising them with my presence. Unlike a lot of our Nollywood movies, this production went on for six whole months. Letting them know they were appreciated was important. It did a lot to strengthen our bonds. Invaluable. Looking back, I can see how crucial that moment was. It cleared ways even when there was no way.

What lesson have you learnt about life?

Many things. But I will sum the most critical into two sentences.

The first is look before you leap, think before you speak and if you have to shoot – shoot, and don’t talk. The second is the weakest part of the stronger sex is its weakness for the weaker sex. Anybody who carefully applies these two will go far.

Where is your favourite holiday destination? And why?

Not sure I have one. Been to many, several memorable. Once I’m with my wife, I’m too easy to please. Even in Sambisa forest.

If I had to pick one location that I’d be happy to revisit, first on the list though would be Hawaii, the 50th state in the USA. The scenery, the proximity to nature and the beaches qualify it as one of the closest things to paradise, here on earth. It’s clean and it’s serene. Unfortunately it’s not home. Else, we would have stayed. It’s also the land of Obama, my favourite politician.

When people hear me complaining about how dirty Port Harcourt has become, it’s not that it’s personal. The phrase that cleanliness is next to godliness just registers stronger with me.

What is your kind of fashion style?

That’s a tough one. Do I have a single style? No. Not really. I don’t. The engineer in me prefers jeans and T-shirts; the same applies to the technical project manager side of me as well. The entrepreneur prefers clean custom-made suits while the politician and prince feel at home in traditional attire.

My passion for entertainment allows for the occasional flair and flamboyance, but I still like to keep it real. Wearing made in Nigeria is a thing of joy. So when I’m in the entertainment mode, I dress differently. So, in summary, what I wear is very much linked to my mood and the particular role I am playing at the time.

What is your most cherished fashion item?

That’s easy. I’m an engineer. Trained offshore and a man as comfortable in the boardroom as I am in the creeks. For me, it’s my watch. Set in my two favorite colours; Silver and Black. My Rolex Oyster Perpetual Date Deepsea Sea-Dweller. My wife gave it to me.

How do you unwind?

I enjoy music, movies, swimming, driving fast cars and family time. Unwinding is easy for me because I don’t work too much. Both business and politics are passions for me. I don’t see them as work. My mind is full of ideas and solutions. I thank God for giving me the opportunity to express them. I also produce movies.

President Buhari just signed the Not Too Young To Run Bill, what value do you think this will add to the politics of Nigeria?

Why do you say that?

Because the young were never too young to run. I ran for governor at 38. And just as I prefer to be judged by my content, we should not be judged by our age. Having said that, not signing it would have been wrong. Let leaders be supportive of the youth. If that is what they want, give it to them. My constituency is the youth.

END_OF_DOCUMENT_TOKEN_TO_BE_REPLACED

Participants for the challenge must be: Undergraduates or postgraduate students registered for the 2021/22 academic year. 3rd or 4th year…